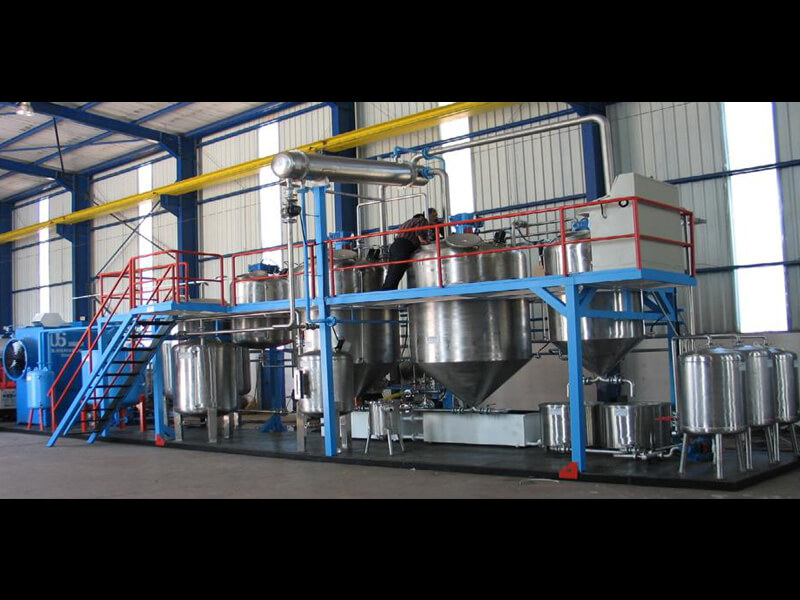 Akfen Engineering is a company with successful partnerships with its customers in terms of the plant establishment, installation, personnel training and commissioning of the plant in Central Asia, Europe and Africa in the field of biodiesel production plant.

Biodiesel is a product that is released as a result of the reaction of vegetable oils obtained from oilseedplants such as canola, sunflower, soy and safflower with a short chain alcohol (methanol-ethanol) accompanied by a catalyst and used as fuel. Biodiesel can be produced from any herbal or waste oil. The process of converting these oils into biodiesel is called transesterification.

Biodiesel can be used in vehicles as fuel or used by combining with regular diesel.

Biodiesel can be used without any modification on the engine. The benefit to the engine is enable 20% to 25% more kilometers than normal diesel.

It extends engine life with its lubricating feature on the engine.

Biodiesel, an alternative diesel fuel, is compatible with the environment and is a fuel that is biodegradable in a short time.

Below mentioned elements are prevented with the use of herbal and grease waste oils in the production of biodiesel;

How the Biodiesel Plant Works

Biodiesel can be produced by 3 different methods. These methods are as follows.

• Transesterification of oil by base catalysis

• Conversion of oil to biodiesel by converting it to elaeostearic.

As Akfen Engineering, we use base catalysis and oil transesterification, which is the most economical method in biodiesel production.

The oil is passed through a pre-filter and taken into the reactor. Biodiesel is produced by mixing the catalyst materials with heat treatment in the reactor.

The detailed process is as follows:

The catalyst substance dissolves in alcohol using a chromium mixer and starts the reaction by added to the oil.

The oil taken into the reactor is heated between 70 and 80 C to make it suitable for reaction and the previously prepared catalyst mixture is added to the oil.

Biodiesel and glycerin products are obtained after the oil catalyst mixture. Glycerin is separated from biodiesel by using density difference.

After the separation process, the washing process is carried out with hot water to completely separate the remainder catalyst and glycerin left in the biodiesel.

In order to completely remove the water and moisture in the biodiesel, the substances are distilled by vacuum pumping under high temperature.

After the procedure, biodiesel and glycerin obtained with the help of the pump are ready for sale and sent to stock tanks to load on trucks

How long is the warranty period?

Is it possible to see a reference facility?

Yes. You can contact us for customer demo facility.

Do you provide after-sales service abroad?

Yes, The first 12 months are free and then paid.

Do you offer services for facility installation?

What could be the qualities of the produced biodiesel?

Does permission is needed to be obtained to operate the biodiesel facility?

Yes. The permission must be obtained from the relevant state department (Country Environment Department) to initiate the biodiesel manufacturing facility.

Do you provide operation and maintenance training for the facility?